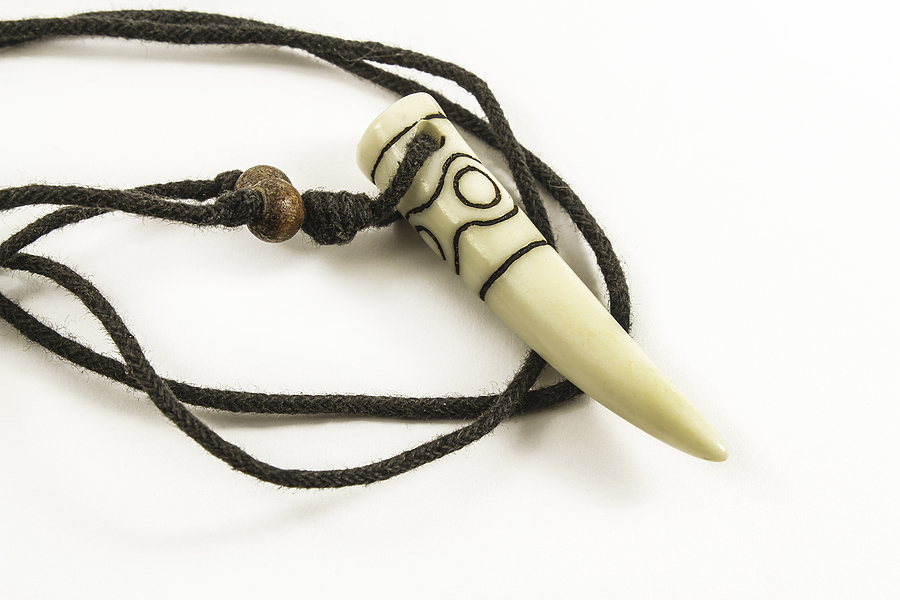 The traditional Maori bone carving necklace is a beautiful part of New Zealand culture. Carved to resemble certain symbols with important meaning to the Maori people. A bone carving necklace is considered to be a work of art that has developed over hundreds of years of history. For a culture that did not previously have language, symbols were used to communicate their stories, history, and beliefs.  So, what are some of the symbols you’ll come across and what do they mean?

In Maori culture the Koru is supposed to be representative of new beginnings, rebirth and growth. The koru is shaped like a fern frond which is unfurling and is based on New Zealand’s native plants. It’s a common symbol for bone carving necklaces and tattoo art and is often used as a symbol for parenthood, family and ancestry.

The twist is a very popular symbol for bone carving necklaces in New Zealand. In terms of the country’s history, the twist is fairly new. It is a symbol that is designed to look like roots in nature. It is supposed to represent life and the bond between lovers. It’s often chosen as an expression of loyalty and rumours suggest that it might be based on the pattern in the weaved ketes of New Zealand. Most historians suggest that the symbol probably came about in around 1800 because Maori’s wouldn’t have had the technology to carve it prior to then.

The toki is a common design in New Zealand, it is often associated with strength. Traditionally this was not work as a bone carving necklace but over time it has become popular as a sign of strength.

The manaia is a symbol that is usually associated with the messenger between the world of the living and the dead. The symbol is profile of the messenger which is supposed to show that it has half of its body in the realm of the living and the other half in the land of the dead. Traditionally it was often depicted with a fish tail and a man’s body and a bird’s head. People often choose this symbol because it’s supposed to act as their personal guardian against evil. Newer versions of this symbol have evolved a lot. Modern artists that make bone carving necklaces have started to do their own takes on the symbol.

The tiki is supposed to be representative of Tiki, a man of Maori mythical legend. It’s a symbol that is often passed down from generation to generation and is meant to have connection to people’s ancestors. The power of the necklace is often suggested to increase the longer it is handed down.

The fish hook is another symbol that you might have on a bone carving necklace. This symbol is supposed to protect travellers over the water. In traditional Maori society, fishing was very important and Maori’s were very dependent on their fish hooks to meet their daily needs. The fish hook is also supposed to connect to Tangaroa, the sea god who is often related to abundance.

Part of Maori legend is that the mythical Maui used a magical fish hook carved from his grandmother’s jaw to pull New Zealand’s north island from the sea floor.

There are many other types of symbols out there. The Maori’s have a long and interesting history. Their rich culture is well worth getting to know and their beautiful artwork is simply stunning. If you love deep meaning, then we recommend finding a bone carving necklace that you love.